Top 10 Most Valuable Currency In Africa

Africans is the world’s second-most populous  and second-largest continent after Asia. During the time when most of Africa was ruled by some European countries. The Europeans introduced their own currency that was used on the continent.
When several African countries began to gain independence during the 20th century, the independent nations in Africa began introducing their own currencies controlled by the central bank of that nation.
Today, with the high rate of inflation in the continent, several currencies have maintained relative stability while others have plummeted.

Top 10 Most Strongest Currencies In Africa

These are the 10 most valuable currencies in Africa and their exchange rate against the US dollars.

The rand is the currency of South Africa, it has the code ZAR and is subdivided into 100 cents. It is often represented with the symbol “R” but is written as rand in English.
The rand was a legal tender in Botswana before it was replaced with the pula. Today it is still a legal tender in the common monetary area between South Africa and Lesotho, Namibia, and Eswatini.
It was introduced in 1961 and have held a steady peg against the US dollar up until the 1990s which saw the rand depreciate to a record low.
South Africa is a major exporter of gold and the rand is somewhat correlated to its price. Although other global uncertainty can still affect its value.
1 USD = 18.99 ZAR

The kwacha is the legal tender of Zambia. It is subdivided into 100 ngwee and derived its name from the word “dawn” in the Nyanja Language.
Zambia is a major exporter of copper in African, and its currency and economy have experienced volatility largely due to the decline in copper commodity globally. In the 1980s, as fuel prices began to increase and copper prices continued to decline, it caused high inflation in Zambia. Which caused the bank of Zambia to respond by issuing a larger denomination of banknotes.
After Zambian gained its independence from the British, The bank of Zambia began issuing its version of the British pound. The previous British pound continued in circulation along with the newly introduced Zambian pound.
In 1967, the Zambian kwacha was introduced and immediately replaced the Zambian Pound, Although the Zambian pound continued to circulate along with the kwacha right up to 1974. The kwacha was pegged to the US dollars and British pound until 1971.
1 USD = 18.61 ZMK

It is the official currency of the Arab Republic of Egypt. It is subdivided into 100 piastres and is abbreviated as LE or L.E which stands for livre egyptienne. French for Egyptian Pound. The currency is also used unofficially in the Gaza Strip and parts of Sudan.
The Egyptian pound was introduced in 1834 when it replaces the Egyptian piastre. The Egyptian central bank which was established in 1961 and located in Cairo, became the Arab Monetary Authority and controlled the circulation of the pound. The Egyptian pound was pegged to the dollar and was devalued in 1973 and 1978. This caused the pound to have a floating exchange rate.
In 2001, the central bank introduced a managed float for the pound to manage its value. This continued until 2016 when the bank decided to allow the currency to float free again. This saw the value of the Egyptian pound plummeted. Losing up to 32.3% of its value.
When Egypt applied for a $12 billion loan, the international monetary fund (IMF) listed the devaluation of the Egyptian Pound as a condition for the approval of the loan. Since the 2016 devaluation, the Egyptian central bank has taken a number of steps to protect the value of its currency.
1 USD = 15.80 EGP

The nakfa was introduced in 1997 and is the currency of Eritrea. A country in East Africa bordered by Sudan in the west. The nakfa replaced the Ethiopian birr at par and is subdivided into 100 cents. it was named after the Eritrean war of independence which took place in an Eritrean city named Nakfa. The bank of Eritrea is responsible for the issuance of the banknotes. Banknotes exist in the denomination of 1, 5, 10, 20, 50, and 100 nakfa. coins are in 50, 25, 10, 5, and 1 cent. on the coins are animals native to Eritrea. the notes, however, depict various ethnic groups in Eritrea.in 2015, all nakfa banknotes were replaced by the Bank of Eritrea to curb counterfeiting and human traffickers abroad who received payment in the currency, the old nakfa banknotes ceased to exist on 1 January 2016.
1 USD = 14.99 ERN

This is the legal tender of the island nation of Seychelles, it is abbreviated as SCR and is subdivided into 100 cents. It is called roupi in the local Seychellois Creole language
Seychelles is the smallest country with an independent monetary policy. The service sector, as well as tourism, make up more than 80% of the island’s annual GDP. With the tourism sector employing more than 10,000 of the country’s 40,000 workers.
The island’s disparity in income is partly responsible for its widespread poverty.
Prior to independence, the British board of commissioners was responsible for the issuance of banknotes.
After Seychelles gained its independence in 1976, the Seychelles Monetary Authority took over the responsibility for the issuance of money.
The economic crisis in 2008, saw the country deplete its foreign reserve as it failed to pay a $230 million loan. This led to a number of economic reforms as the country began to diversify. Including fishing, farming, and manufacturing.
1 USD = 14.29 SCR

The pula is the currency used by Botswana, it is subdivided into 100 thebe and has BWP as it’s code. It was introduced in 1976 and replaced the South African rand at par. Pula literally means rain in Setswana. A bantu language spoken in southern Africa. Rain is very scarce in Botswana hence it is considered a blessing.
The currency is pegged against so many other currencies including the South African Rand. The Botswana economy is fueled by tourism, mining, salt, textile, and cattle.
The Pula coins and banknotes that were introduced in 1976 have been withdrawn at different times. The most recent coins we’re introduced in 2013. Following the demonetization of all previous coins, which began on 24 August 2014. But we’re still exchangeable to the current coin up until five years on 28 August 2019.
The current banknotes, however, we’re introduced in 2009 and contain a 200 Pula note. The highest domination of the currency.
1 USD = 12.26 BWP

The Moroccan Dirham is the official currency used in Morocco and the de facto currency of the western Sahara region. It is abbreviated as MAD and is issued by the bank al-Maghrib of Morocco. 1 dirham is equal to 100 santimat. The dirham is available both in coins and banknotes. Banknotes denominations are in 20, 50, 100, and 200 dirhams. Morocco is located in the northwest of Africa
Long before the introduction of banknotes, morocco had been using copper coins denominated in falus, Silver coins denominated in dirham, and gold coins denominated in benduqi. During this period, the rial became its official currency. Until 1912 when most of Morocco became a French protectorate. The rial was then replaced by the Moroccan franc.
The dirham was reintroduced in 1956 after Morocco got its independence. However, citizens still continued to use the franc until it was replaced in 1974.
1 USD = 10 MAD

The Cedi is the currency used by the Republic of Ghana. A country located along the Gulf of Guinea in West Africa. Ghana has historically been ruled by the British, until it gained independence and replaced the British West African pound with the Cedi. GHC is the abbreviation for the Cedi. One Cedi is divided into 100 pesewas.
After a military coup in 1966, the Ghanian leader created the “new Cedi”, in other to remove the face of Nkrumah from the banknotes. Years of high inflation devalued the new Cedi that it was abandoned in 2007 in favour of the “Ghana Cedi”.
Ghana is an oil-producing nation with over six billion barrels in reserve. It is the second-largest producer of Gold in west Africa. The country also produces diamonds, cocoa, and minerals for making aluminum and steel. Ghana has the largest GDP per capita in West Africa.
1 USD = 5.78 GHC

It is the currency used by Tunisia. It has the abbreviation symbol DT although writing dinar after the amount is also acceptable.
Tunisia, a former colony of France, introduced the Dinar in 1960 replacing the French franc at the rate of 1000 franc to 1 dinar. Following the devaluation of the French franc the exchange rate was abandon and replaced with a peg to us dollar up until 1971. Today, the exchange rate is determined by a crawling peg set by the central bank.
The countries export agricultural products as well as petroleum. Majority of which are sent to EU countries. Making the EU its largest trading partner. The government has a policy that makes import and export of the Tunisian dinar illegal. Anyone leaving the country is only allowed to exchange a limited amount.
The Dinar is subdivided into 1,000 milim. Banknotes of the currency are available in the denomination of 5, 10, 20, 30, and 50 dinars. That is issued by the central bank of Tunisia.
1 USD = 2.91 TND

The Libyan Dinar is the highest value currency in Africa as of 2020. Although the name dinar is rarely used by locals. You will most often hear the name jni being used instead.
The currency is owned by the country Libya. Located at the Maghreb region of North Africa and has the foreign exchange symbol LYD. Libya is a member of OPEC and has an economy that is largely dependent on oil and gas which accounts for more than 60% of the countries GDP.
The Libyan dinar was introduced in 1971 when it replaced the pound at par. A dinar is subdivided into 1000 dirham. Available banknotes for the dinar include 1, 5, 20, and 50 dinars. It is issued by the central bank of Libya.
1 USD = 1.42 LYD 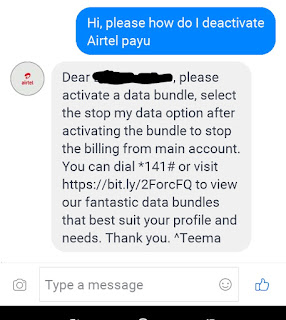